Time to check out a new language. Google Go.

Having met a dev team manager on the wonderful "Heartspace" course at the Concord Institute, I was embarrassed to discover my ignorance of the Google Go language (golang) which has soared into popularity.

I ran it up on the workbench to see what it's about. To my great surprise, rather than a sense of "oh no, not another framework" I've found myself with a refreshing sense of excitement I haven't experienced since the adoption of HTML5 and W3C compliance by the major browser vendors !

So, here's a new "Technology Choice Conundrum": Would I be prepared to make the jump from PHP to GOLang for the back end of the Relator system ?

Will it install natively on Ubuntu ?

I like that it's maintained in the Debian Repo. (40Mb)

Nothing to write home about

Syntax highlighting is working in vim and Geany. Good start.

Webserver up and running

Port 8080 is open and working. Browser test works. So far so good.
I like the endpoint approach which I had to engineer for my DMS with Apache in Relator

Where is it logging and what happens when it blows up ?

I like that the compiler blows up with syntax errors.

Binding the Webserver process to port 631 (which I know is in use by CUPS on my machine) rightly throws a startup error.

Errors are going to stderr as per this documentation

Whilst it's appealing to start having visions of database managed website instances, I can see myself wanting to reinvent the Apache wheel. However, it has always been a source of frustration that aspects of Apache are unavailable to me in PHP. The chance to get in at a low level directly from the web server process is making me wide eyed with possibility. I'm wondering if the overhead in web process maintenance and setting up daemons with SystemD is actually going to be any more work than getting Apache configurations going.....

I am in love with the GoLang approach to error handling. I've never liked exception errors or the try / catch approaches of PHP and other languages because there's always the danger that the application will be sick all over the interface if it gets ill. Golang has adopted the approach that function calls return error codes if they go wrong and it's up to you to handle it. Great !


How about writing to syslog ?

They have a syslog package which works a treat in test.

It all feels very solid. 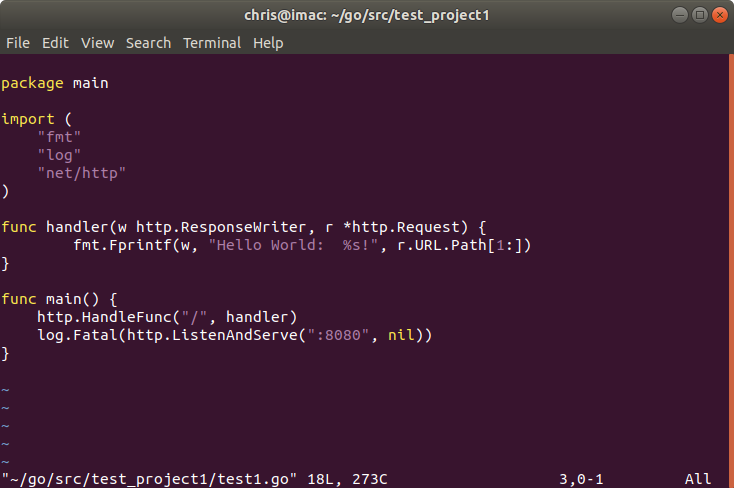